Limahl has made many appearances in popular culture, sometimes in surprising or unusual circumstances!
Here of some of his favourite cultures references, in descending chronological order:

Making a second appearance on this phenomenally popular TV show, watch this clip to see what happens to the band!

Kajagoogoo make a surprise appearance on the hugely popular TV show, American Horror Story. Watch this clip to see what happens to the band!

This fantastic usage of NeverEnding Story in the massive hit TV show ‘Stranger Things’ so the track reach a whole new audience and a social media explosion of celebrity re-creations of the ‘NeverEndingChallenge’.

The hugely successful Charlie Brooker series Black Mirror, featured this unusual interactive episode in December 2018, whereby the viewer could use an input device such as console controller, to decide what happens in the story. The future of television perhaps? In this particular scene, ‘Too Shy’ was used in the record store.

In 2011, Limahl was asked to record a track for the game ‘Boom Boom Dance Party’, this game was featured in the Xbox Live Arcade platform until 1st February 2015. This track from Limahl, ‘Inside Your Mind’ was included in Song Pack 4 where it hit the platform on 14th March 2012. The game was the ‘hit the correct buttons in time with the music’ style and it’s clear how perfect this track is for that format. Listen to the track here:

During this scene in the film from ‘New Line Cinema’, viewers could clearly see a large Limahl poster adorning the wall. 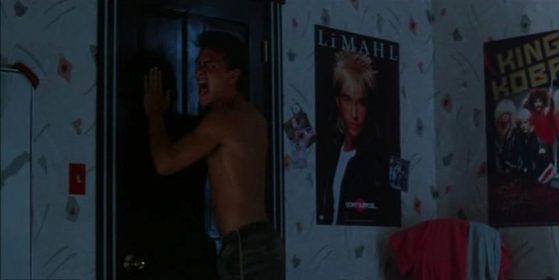 Arthur ‘Art’ Adams is an American comic book artist and writer. In 1985, he wrote a mini-series named ‘Longshot’ whereby he stated Limahl was the inspiration for the main character’s appearance and hair. 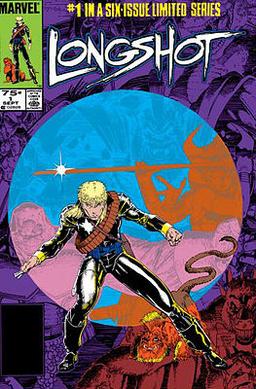